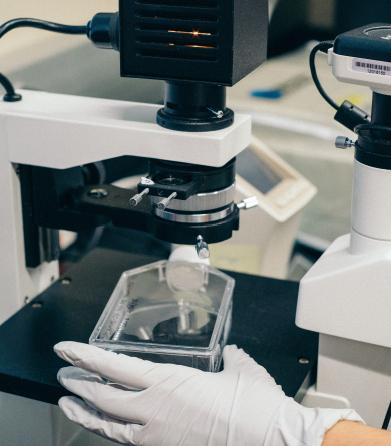 Most of us have heard of the wellness benefits of taking CBD, but CBD is just one of over 113 isolated cannabinoids. As more research is being conducted on the other 112 cannabinoids scientists are discovering that there is a lot more to hemp than just CBD. Many of these researchers are now shifting their focus to understanding the benefits of Cannabigerol or CBG.

CBG has far fewer published studies when compared to CBD or THC, but some scientists believe CBG could become the most important compound that can be isolated from hemp or cannabis plants. CBG like CBD has a massive potential to enhance the quality of consumer packaged goods, dietary supplements, and medical products.

The endocannabinoid system is made up of endocannabinoids (AEA & 2-AG), g-protein receptors (CB1 & CB2), and enzymes (FAAH and MAGL) that degrade and recycle cannabinoids. In 1988 researchers first discovered the Cb1 receptor and in 1993 they followed it up with the identification of the CB2 receptor. CBG has been found to bind to both of these receptors and it also stimulates the production of our body’s own endocannabinoids.

The #1 reason people are turning to hemp CBD is to help manage their stress and anxiety and CBG provides similar benefits. More specifically CBD and CBG should be used together for best results.

CBG has been found to improve mental health by inhibiting serotonin and GABA uptake. The pathways of inhibiting serotonin and GABA are the same pathways that many antidepressants and anti-anxiety drugs target. CBG works in a similar fashion as some of the leading antidepressants and anti-anxiety drugs, but without all the side effects.

GABA inhibition is most associated with anti-anxiety while serotonin inhibition is the target of antidepressants. More specifically CBG blocks serotonin receptors in the same way as many depression medications. A 2010 study was the first to provide evidence that CBG binds to CB1 and CB2 receptors, activates α2-adrenoceptors, and block serotonin 5-HT1A. Similarly, CBG and other cannabinoids inhibit the functioning of a wide variety of stress hormones and anxiety-ridden pathways. CBG also has the ability to inhibit COX-2, increase the production of anandamide. andwhen  CBG binds to the CB1 receptor it minimizes the psychoactive effects that are often associated with THC and the sense of anxiety.

CBG is the number one cannabinoid when it comes to fighting microbes and many drug developers and manufacturers are excited about CBG’s ability as an antifungal and antimicrobial agent. There is a long-felt need for developing natural antimicrobial agents and products that can fight off multi-drug resistant bacteria.

An often under-appreciated benefit to cannabinoids and CBG are their ability to fight microbes and provide antibiotic properties. Researchers have known about the antimicrobial properties of cannabis and hemp oils for years and a 2020 study coming out of McMaster University found that CBG has antibacterial properties against antibiotic-resistant MRSA. MRSA is one of the world’s most dangerous strains of bacteria due to its ability to produce protective biofilms and CBG has been found to have the unique ability to prevent the formation of these biofilms. Cannabinoids have been used for wound care and antibacterial properties for thousands of years, but it wasn’t until 2020 that we identified CBG as the cannabinoid that is most likely to replace or complement traditional antibiotics.

The McMaster study included giving lab mice MRSA infections before treating them with CBG and it was published in the American Chemical Society Infectious Disease journal. The study observed the antimicrobial and antibiotic activity of 18 cannabinoids and CBG “had the most promising activity”. The results were originally obtained through in-vitro studies and were confirmed in-vivo studies on lab mice. The lead researcher, Eric Brown stated, “CBG proved to be marvelous at tackling pathogenic bacteria…The findings suggest real therapeutic potential for cannabinoids as antibiotics.” The study also found that CBG and other cannabinoids showcased less toxicity when compared to traditional antibiotics.

Our gut health plays an essential role in our mental and physical health and cannabinoids have a bright future when it comes to keeping our gut in check. A 2017 study and review on the endocannabinoid system’s role in inflammatory bowel disease found that CBG is, “capable of reducing nitric oxide production in macrophages and attenuating murine DNBS-induced colitis in both a preventive (pretreatment) model and therapeutic (established colitis) model”. In inflammatory bowel disease nitric oxide production is increased and many researchers believe controlling nitric oxide is key to managing inflammatory bowel diseases. More specifically, cannabinoids and the endocannabinoid system have been associated with optimizing epithelial growth and regeneration, immune system function, and diet management.

When it comes to brain health cannabinoids often get a bad wrap due to the psychoactive cannabinoid THC, but cannabinoids actually provide neuroprotective properties and should become the first choice for preventing cognitive decline. A 2015 study reported that CBG provides neuroprotection via multiple pathways. CBG treatment showed improvement in brain-derived neurotrophic factor (BDNF), insulin-like growth factor-1 (IGF-1), and activation of peroxisome proliferator-activated receptor (PPAR). Adding neuroprotectants to your wellness routine is one of the best ways to improve your immune system and protect brain cells from viral diseases and viruses.

In an interview published by New Beauty, Katherine Ragusa, co-creator of Lab to Beauty said “CBG has an incredible ability to help skin cells retain moisture… As we age, our lipid production slows and our skin becomes increasingly defenseless, weakening most dangerously our ability to retain moisture. CBG helps to maintain.”

Our sebaceous glands naturally produce sebum and when this production gets out of balance you begin to see problems. Disfunction of the sebaceous glands can cause some of the biggest problems that affect our skin and cannabinoids have the ability to balance out our oil production. Having a balanced production of sebum is one of the best weapons our immune system has when it comes to fighting off the formation of dangerous microbes and pathogens. Dry skin is not only painful it is prone to infection. Cannabinoids provide the homeostatic controls that are needed to optimize your sebum production.

CBG also plays a unique role in topical pain care treatments. A 2014 study found that CBG can activate the TRPM8 receptor in epidermal keratinocytes and plays a role in ‘epidermal permeability barrier homeostasis’. CBG’s ability to be an agonist to TRPM8 receptor makes it a preferred cannabinoid for cold treatments that are used for managing pain. Typical cold-induced pain relief is activated by low temperatures and cooling chemicals such as methanol. TRPM8 is also upregulated in certain forms of cancer such as prostate cancer and is a target for future anti-cancer therapies. CBG’s ability to activate transient receptors allows the compound to provide therapeutic properties outside of just the endocannabinoid system. These receptor are also called “ionotropic cannabinoid receptors” and are attractive therapeutic targets for CBG for the treatment or dermatolgocial diseases and pain management. CBG also provides pain relief by binding to CB1 and CB2 receptors.

Similar to other areas of research the urologic cannabinoid studies have largely focused on CBD and THC, but a 2015 study found that CBG “reduced acetylcholine-induced in the human bladder”. The study observed the effects of CBD, CBG, CBDV, THCV, and CBC on bladder dysfunction and found that CBG was the most effective cannabinoid on acetylcholine induced bladder contractions. This builds upon a 2013 study that was conducted by the American College of Obstetricians and Gynecologists that found cannabis extracts that had high concentrations of THC improved urinary incontinence by 25% and the endocannabinoid dysregulation may cause overactive bladder.

CBG binds to both or CB1 and CB2 endocannabinoid system receptors, but a large share of CBG’s anti-cancer properties are contributed to agonizing peroxisome proliferator-activated receptors (PPAR). CBG’s agonist properties toward PPAR are superior when compared to CBD and THCa, CBGa, and CBDa are other non-psychoactive cannabinoids that showcase agonist properties to PPAR. Studies have found that acid form cannabinoids are more effective than non-acid cannabinoids in terms of binding with PPAR and that PPAR activation is also beneficial to a healthy immune system