CBG v.s. CBD: What are the Differences 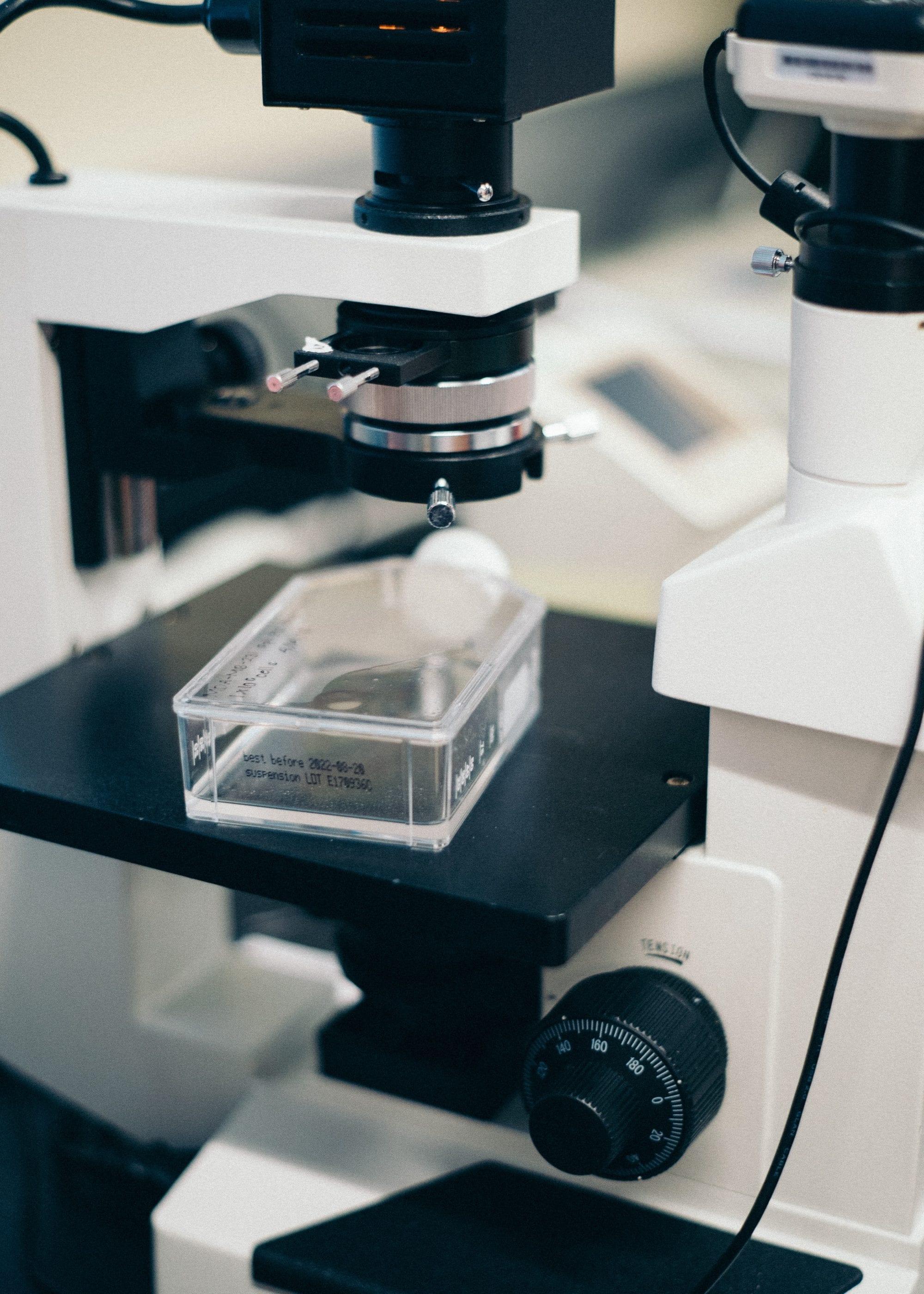 CBD has quickly become the hottest dietary supplement and skincare ingredient in North America, but it isn’t the only cannabinoid that the 2018 Farm Bill legalized. Most of the studies and educational campaigns have been focused on CBD, but CBD is just one of 113 isolated cannabinoids. To date, CBD has benefited from becoming the most popular cannabinoid to study, but this is all changing as more people become aware of CBG and other minor cannabinoids.

As companies and consumers gain more knowledge on cannabinoids and the endocannabinoid system we are seeing more attention being given to secondary cannabinoids like CBG. CBG is secondary only in its overall concentration levels, but researchers have discovered that CBG is the ‘mother cannabinoid’ where all other cannabinoids are synthesized from. CBG also has the ability to bind to both our CB1 and CB2 receptors directly while CBD molecules work more indirectly and are only considered a weak agonist to CB2.

We are just scratching the surface of our understanding of how CBD and CBG function, but all cannabinoids seem to have immense untapped potential. Compared to CBD there are very few studies that solely focus on CBG, but what we have learned so far is that CBG is already showing attributes that make it superior to CBD for certain medical conditions and applications.

When compared to CBD, CBG is found in much smaller concentrations, but it is quickly becoming the focus for R&D teams all over the world. Both CBD and CBG are cannabinoids, they are non-psychoactive (don’t get you high), they’re antioxidants, they’re antimicrobial, they complement each other, and they’re 100% legal when derived from hemp.

What are cannabinoids? Cannabinoids are bioactive compounds or super-antioxidants that are produced in female cannabis flowers. These therapeutic compounds are the reason cannabis and hemp extracts are so highly coveted and cannabinoids have been found to be more potent antioxidants than vitamins C and E. – If you’re taking an extra dose of vitamin C this cold and flu season you may want to add cannabinoids to your wellness routine.

The biggest difference between the two cannabinoids is the slight changes in the molecular structure that allow each cannabinoid to target specific endocannabinoid system receptors and g-protein receptors within the body. CBG interacts with our body in a way that CBD can’t. There is a lot of overlap between the two cannabinoids, but CBG shows partial affinity to both our endocannabinoids system receptors while CBD is only a weak agonist to CB2. CBG’s ability to bind to the CB1 receptor block the receptor from receiving messages from THC molecules and it is believed that CBG can reduce the anxiety that is often associated with THC. CBD also plays a role in reducing anxiety and minimizing psychoactive side-effects, but it accomplishes this via different pathways.

The small concentrations of CBG compared to CBD is the only reason why CBG isn’t studied as much as CBD. CBGa, the acid precursor to CBG is the first cannabinoid created in the flowers of cannabis and hemp plants. As the flower matures CBGa will convert into either tetrahydrocannabinolic acid (THCa), cannabidiolic acid (CBDa), cannabichromenic acid (CBCa) or CBG. When the hemp or cannabis flower is fully mature the original CBGa will have converted into one of the 113 identified cannabinoids and less than 1% tends to be left as CBG.

CBD on the other hand is the most prominent non-psychoactive found in cannabis and will have final concentrations that range from 5-20% CBD. Due to the natural conversion of cannabinoids over time many cultivators are looking to harvest flower early in an effort to preserve higher concentrations of the coveted CBG or CBGa compound. To learn more about producing CBG check out: Extracting CBG & CBD: How Does it Work?

CBD and CBG have so many similarities, but arguably CBG’s most important attribute and one of its biggest advantages compared to CBD is its antimicrobial and antibiotic properties. CBD also showcases strong antimicrobial properties, but a 2020 study found that CBG showcases the strongest microbial effects when compared to all other cannabinoids. More specifically, CBG has superior properties when it comes to treating drug-resistant biofilms. CBG is now being looked at to potentially replace traditional antibiotics or be used to complement traditional antibiotics. CBG also showcases antimicrobial activity by stimulating the production of the endocannabinoid AEA, which is our immune system’s first line of defense against biofilms.

A 2014 study found that CBD is a ‘highly effective sebostatic agent’, similar to the acne treatments that contain benzoyl peroxide. For our science geeks out there CBD essentially suppresses the production of sebum from the sebaceous glands. It does this by binding to the transient receptor potential vanilloid-4 (TRPV4) that disrupts the ERK1/2 MAPK pathway and downregulated nuclear receptor interacting protein-1 (NRIP1).

For people who like plain English, CBD is the ultimate acne and facial ingredient and CBD is great for oily skin! CBD also provides anti-inflammatory benefits as an antioxidant and by binding to the A2a adenosine receptor, which inhibits NF-κB signaling. Studies also suggest cannabichromene (CBC), cannabidivarin (CBDV) and tetrahydrocannabivarin (THCV) significantly inhibited sebum production.

CBD is great for oily skin, but wouldn’t it be great if there was a cannabinoid for dry skin? That’s where CBG comes into play. A 2016 study found that CBG increases sebum production and customers that suffer from dehydrated and dry skin will have better results using CBG rich formulas! Dry skin is often caused by the environment, wind, soaps, diet that lacks essential fatty acids, cosmetics, and medications, but CBG has the ability to minimize inflammation and stimulate your own skin cells to moisturize themselves.

Another way to look at CBD and CBG is that CBD is the preferred cannabinoid for the younger population that has to deal with acne and CBG is ideal for the older populations that are worried about premature aging and dry skin. – There are far too many moisturizers on the market that do nothing to stimulate your natural sebum production. CBG is all about moisture and hydration and it is believed that CBG has a similar effect when it comes to moisturizing our eye.

The latest studies have also suggested that endocannabinoids are produced in human sebaceous glands. It is believed that these endocannabinoids are connected to cell differentiation and stimulating sebum production via CB2 activation (ERK1/2 MAPK→PPAR pathway) plays a key role in new skin cell growth.

CBD has rapidly become one of the most popular ingredients in the anti-aging and beauty market and many are saying that CBG is going to surpass the current CBD craze. As more consumers become educated about CBD they are starting to realize that CBD is just scratching the surface and both cannabinoids can play a key role in fighting microbes and enhancing our skin health.

Sebaceous glands have also been found to play a key role in the health of our hair follicles and there is a good chance that the future of hair loss prevention and hair enhancing treatments will utilize cannabinoids. Sebum will typically make its way to the surface of the skin via hair follicles, but not all sebaceous glands have to be connected to hair follicles. Another similarity that both CBD and CBG share is that in a 2007 study they both showed the ability to manage psoriasis inhibiting the proliferation of human keratinocytes.

CBD may be the most talked-about legal cannabinoid, but that doesn’t necessarily mean it will be the most important in the longterm. Consumers and patients that are looking for the best results are now paying a lot more attention to the properties of CBG. Cannabinoid personal care brands are already scrambling to secure CBG supplies, but the cannabinoid that is being called the ‘stem cell’ or ‘mother’ cannabinoid is in high demand and short supply.