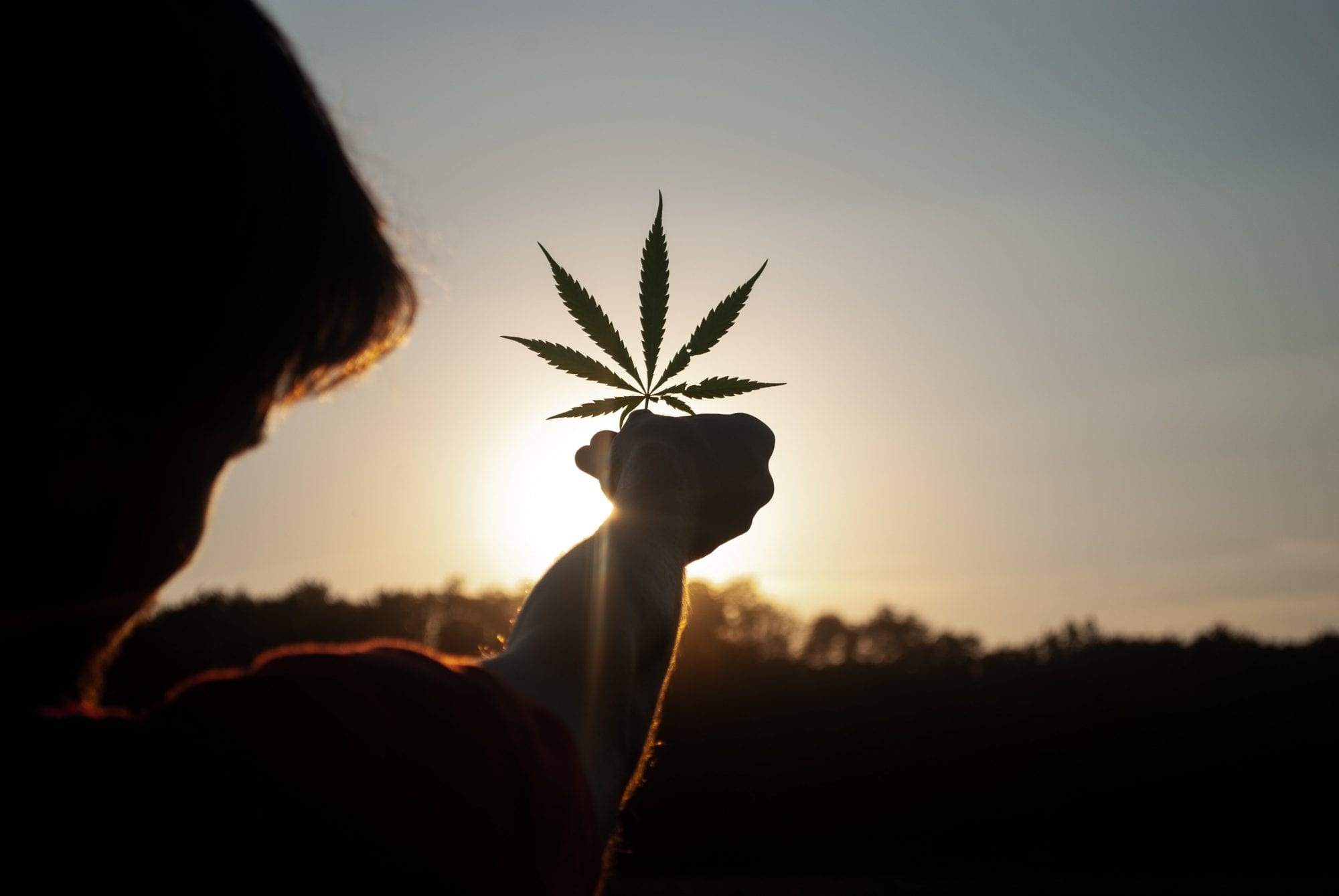 Hemp is often touted as a miracle crop that can save our health and the environment and due to this potential it’s easy to get a little carried away when it comes to all of its benefits. Hemp is a versatile crop that is without a doubt making a comeback, but there is a lot of disinformation or misleading stories and headlines floating around the blogosphere. In this blog we’ll dive into some of the most common misconceptions.

Hemp Can Get You High

Fake News – The biggest misconception about hemp is its mixup and relationship with marijuana. Hemp is a member of the same cannabis family that mariuana belongs to, but hemp has less than 0.3% of the psychoactive cannabinoid THC. Instead of producing high concentrations of THC, the female flowers of hemp plants produce. The negligible quantities of THC in raw hemp flowers can’t get you high and all hemp products that are sold on the market have to have less than 0.3% THC.

Fake News – When hemp oil is used in the industry it typically is referring to ‘hemp seed’ oil that is cold pressed from the nutritious hemp seed. Hemp seed oil has no naturally occurring CBD, but it is rich in essential fatty acids and contains what medical researchers call the ‘perfect balance’ of omega 6 to omega 3. Hemp seed oil also contains the rare Gamma-Linolenic Acid, an effective anti-inflammatory and precursor to prostaglandin. CBD oil on the other hand is extracted from the female flowers of the hemp plant and contains either a purified concentration of CBD or a full-spectrum or broad-spectrum profile that contains a diverse number of bioactive chemicals. Hemp seed oil and CBD oil have separate wellness benefits, but to add to the confusion some companies are using hemp seed oil as a carrier oil for CBD oil. This combines the anti-inflammatory properties of cannabinoids with the anti-inflammatory properties of healthy fats. Adding both hemp seed oil and CBD oil to your wellness routine will reduce body inflammation and encourage a healthy endocannabinoid signaling.

Partially Fake News – Cannabinoids have become some of the most exciting new plant molecules to study and it’s hard not to get excited about the positive findings and potential of cannabinoids. CBD and THC have been shown to have a tremendous amount of health benefits in vitro and vivo studies, but so have many other natural compounds. CBD and cannabinoids show tremendous potential as preventative medicine, antibiotics, antimicrobials, and anticancer therapeutics, but it’s the endocannabinoid system that has the ability to heal all, not CBD. The endocannabinoid system is the largest neurological communication system our body has and it plays an integral role in keeping all of our bodies systems in balance. Our endocannabinoids are some of the first molecules that are made to fight off microbial invaders and they play a key role in our mental and physical health. There’s a great chance that another cannabinoid may surpass the therapeutic benefits of CBD in the future, but optimizing the endocannabinoid system to prevent and fight diseases will become a key pillar of the future of healthcare.

You Can’t Fail A Drug Test From Hemp

Fake News – Hemp contains negligible amounts of THC that won’t get you high, but that doesn’t mean you couldn’t fail a drug test. Everyone’s body retains THC for different time periods and if you are using a full-spectrum hemp product there is still a small risk that you can fail a drug test. If you’re worried about failing a drug test or if you’re just against THC you’ll want to use isolated cannabinoids that are THC free or use broad-spectrum products where THC is removed from the full-spectrum profile. This is the biggest consideration when comparing full spectrum vs broad spectrum products.

Hemp is the Male Form of Marijauana

Fake News – Since male marijuana plants and hemp plants produce very little THC it was often assumed that male plants were hemp. This was a misconception that occurred early in the hemp industry and the hemp contains both male and female plant species. Similar to growing marijuana, growing CBD rich hemp plants start with female clones or feminized seeds and the male hemp plants are not good for cannabinoid production.

Hemp is a Weed, It’s Easy to Farm

Fake News – Growing hemp becomes easier with experience, but growing hemp for fiber, seed, or cannabinoid flowers is a lot of labor and there needs to be a lot of love. Growing hemp flowers is especially difficult due to the multiple phases of growth that require attention and knowledge. Hemp flowers are grown in the same way that marijauana is cultivated and to get best results the plant needs to be regularly attended too. Farmers also have to make sure they have the infrastructure to properly dry, handle, and extract the raw material. At this point, you may be wondering, “what is extraction?” or “how does the extraction process differ from simply growing hemp?” Growing hemp for fiber or seed is a little less labor intensive, but hemp still has to deal with pests and environmental factors. Hemp for fiber and seed is known to outcompete weeds after it gets past knee high, but during the first couple weeks in the field the babies need to get just the right amount of water. The quickest way to ruin a hemp crop is to have too much rainfall during the first few weeks. Hemp hates to be sitting in water and preferred soil should be well drained. Another myth that is often promoted about growing hemp is that it does require much water. This is fake news and hemp requires 20-30 inches of rainfall over its life cycle. However, when compared to water intensive crops like cotton, hemp’s water footprint could save millions of acre feet of irrigation water.

Hemp is also a new crop for farmers in America and many farmers aren’t familiar with the growth cycles of growing hemp flowers. When compared to growing conventional crops like soy and cotton, most farmers are going to think conventional crops are easier to grow the hemp. Farmers hate not knowing the details about what they are growing and there are many business and agriculture risks that farmers have to take to grow hemp. Furthermore, hemp cultivars have a tremendous amount of variability in the crop and hemp breeders are still working to develop the cultivars that provide optimal benefits. Fiber crops need to be uniformed, seed crops need to have high yields, and hemp genetics has a long way to go before it catches up with conventional crops. Farming is also about making money and during the first few years of legal hemp in America there has been extreme price volatility when it comes to CBD flowers and the infrastructure for processing hemp fibers is being slow to develop.

Fake News – Hemp and marijuana have similar leaves and share many of the same characteristics, but law enforcement can be easily taught the basics on how to identify marijuana v.s. Hemp. Hemp that is being grown for fiber or seed is easy to be identified and the pollen that would be around an outdoor fiber or seed hemp farm would contaminate the cannabinoid producing capabilities of marijuana. Hemp that is being cultivated for flowers on the other hand looks identical to marijuana and this is why states have created licensing programs for cannabinoids farmers. Cannabinoid farmers have to notify state officials of the GPS coordinates of their cultivation site and state officials are tasked to test hemp plants for THC concentration. The high risks that would come with losing your hemp license and potentially losing your property would be enough of a deterrent.

Fake News – In 2008 a story was circulated on the internet that some of our iconic American founders use to relax by smoking hemp in their tobacco pipes. It sounded like a great story and it’s cool to think that the founders enjoyed having a good time, but there is no real evidence that any of our historical heroes ever inhaled. Even if individuals were to have experimented in this fashion the THC and CBD concentrations in these hemp plants grown for fiber and seed would have been extremely low.

Hemp has amazing potential due to its versatility and environmental benefits, but there are a lot of misconceptions and myths online that surround the history of hemp, as well as modern day uses. These misconceptions get started based on a hope, rumor, or theory and take on a life of their own. These myths spread faster than the truth because people truly hope that hemp can help save the world and these hopes and emotions can cloud the waters. As the hemp industry matures and advancements are made using cleentech innovation, we hope to see more research and published studies that filter out fact from fiction and provide a roadmap for liberalizing the cultivation of hemp. Data, science, engineering, and entrepreneurship is going to be the deciding factor on how great the hemp industry can become, but until then we can still hope and dream. 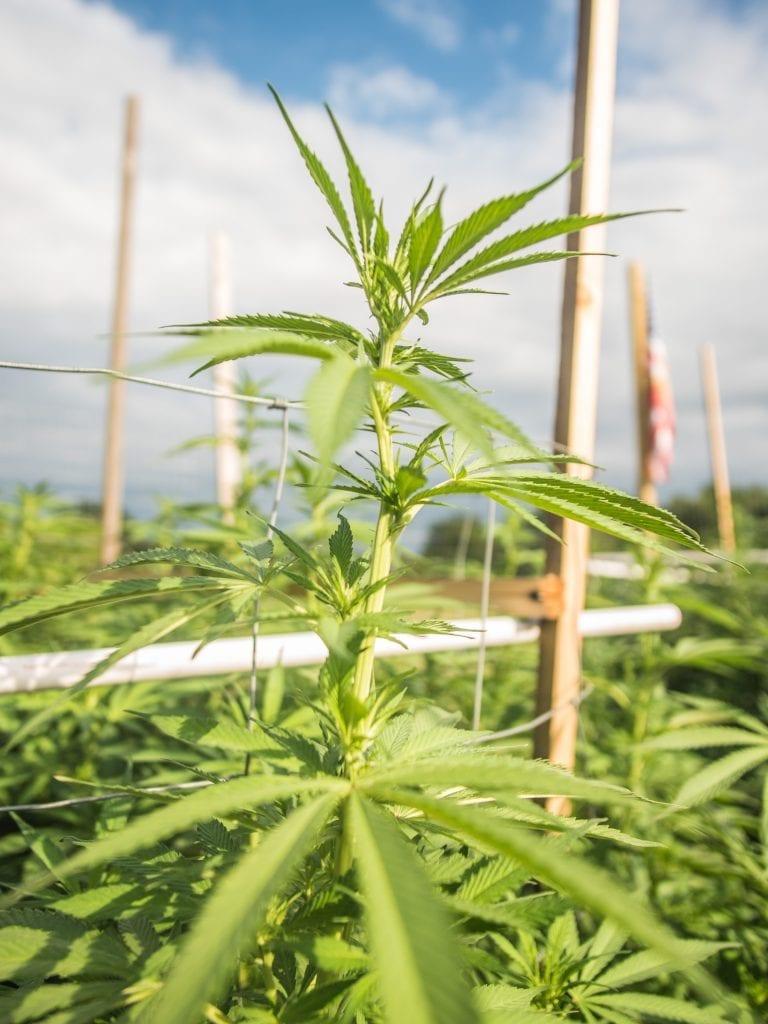