Hemp vs Marijuana: The Difference Explained 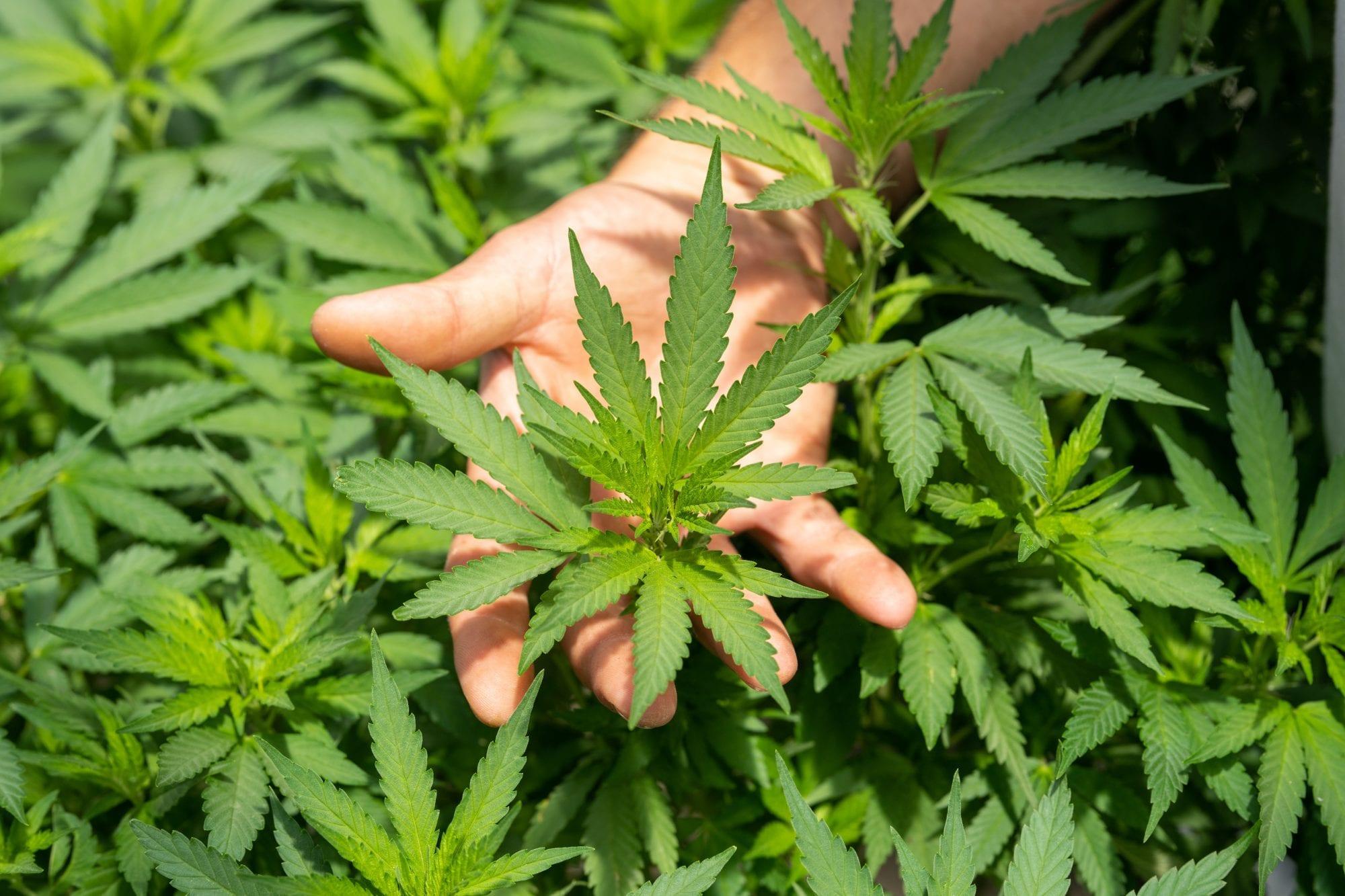 Cannabis, marijuana, and hemp are often confused, so let’s clear the air.

The cannabis species is known for its cannabinoid production and these cannabinoids can boost our health by interacting with our endocannabinoid system or by acting as super-antioxidants. Hemp is the best legal source of non-psychoactive cannabinoids while marijuana is often the best solution for extreme pain and cannabis that is high in tetrahydrocannabinol (THC).

From a legal perspective, hemp has less than 0.3% THC and marijuana is any cannabis plant that has over 0.3% THC. Medicinal and recreational marijuana consumption is still illegal in many states across America, but some of the best marijuana flowers are producing THC percentages north of 20%. Likewise, some of the best hemp cultivars are producing 10-15% of CBD concentration and can be cultivated with a state-issued permit.

Throughout modern history, hemp’s relationship to the potentially hallucinogenic marijuana has pushed people away, but in the last few years, CBD has been accepted by researchers and media outlets. Education, improved product efficacy, and medical research has helped to legitimize cannabinoids as medicines. Hemp CBD is completely safe, has zero mind-altering properties like its cousin marijuana, and is now legal in all 50 states.

Hemp & Marijuana History Up Until Prohibition

Throughout human history, hemp has played an essential role in agriculture, economies, and supply chains. It is believed to have been one of the first crops to be cultivated and during the 1700s and 1800s pioneers and settlers grew hemp for rope, bags, flags, sails, medicine, and clothes. Hemp was the most durable textile that American pioneers and settlers had often hemp clothes were passed down through generations. Some of our ancestors might have tried puffing the herb in their tobacco pipes, but the lack of THC would have produced very little buzz and nothing resembling today’s recreational high. Across cultures, hemp’s traditional value was for food and fiber. Many believe that hemp has several environmental benefits to become once again a staple crop for producing sustainable fibers and an environmentally sustainable protein source.

Marijuana, on the other hand, has a much shorter history. The word marijuana is actually a slang term that was coined by the media to demonize the cannabis plant during the 1910 – 1940s. Marijuana was the chosen word in the press because it was a Mexican slang word and the media barons wanted to associate the ‘evilness’ of marijuana with people of color. Due to the word’s racist roots, many in the industry now refer to marijuana as cannabis. The word marijuana and its association with people of color during its early use laid the groundwork for racial injustices that are still seen today.

Before the 1910s, no one had heard of the word marijuana and the world’s largest pharmaceutical companies were selling cannabinoid medications under its scientific term, Cannabis Sativa. During the late 1800s and early 1900s, hashish had also become a popular recreational drug for the super-wealthy Americans and many of the world’s top artists were experimenting with cannabis imports.

Nonetheless, the media propaganda was successful at drumming up enough political support to pass the 1937 Marijuana Act and with a presidential signature from Franklin D. Roosevelt, marijuana, hemp and all forms of cannabis cultivation became illegal. During the decades leading up to 1937, there were also anti-marijuana bills passing state governments and nearly all of these efforts were financed by the pharmaceutical industry. These anti-marijuana campaigns were largely effective and messages were often delivered at movie theaters before the big show. Hemp would be grown during a short period during World War 2, but up until 2014 hemp was illegal to cultivate in the United States.

Medical marijuana and cannabinoid research has largely suffered through the negative press over the year, but over the last few decades, scientists have been able to unravel some of the science of how cannabis plants produce cannabinoids and why exactly they provide medicinal relief. These early medical marijuana studies have been paired with patient recovery stories and testimony and we’ve seen a 180 in the way many people view cannabinoids and the cannabis industry.

These breakthroughs in plant and human sciences have led researchers to discover our body’s own endocannabinoid system during the late 1980s and over the next few decades scientists would discover that cannabis plants produced a cocktail of plant chemicals called cannabinoids. Over one-hundred cannabinoids have been identified, and only THC has negative psychoactive properties. These breakthroughs in medical marijuana cultivation and cannabinoid classification have given genetic breeders the information they need to breed high non-psychoactive cannabinoids into female hemp flowers.

Cannabis might have been outlawed in America, but the good news was that American laws couldn’t stop research from being done overseas. The first CBD study on humans occurred in Israel during 1978 and was conducted by Dr. Raphael Mechoulam on epilepsy patients. The doctor’s team gave 300 mg of CBD to 8 subjects and after 4 months half of the subjects reported no new seizures and half the subjects reported fewer seizures.

One would think this study would be groundbreaking research, but not a single journal reported on the scientific breakthrough. Evidence has continued to be suppressed for decades and it would actually become harder and harder to study the medicinal properties of cannabinoids or the endocannabinoid system due to government regulations, lack of university interest, and lack of funding.

Throughout history, cannabis research has been suppressed, but As medical marijuana states have opened up and hemp has become federally legal it has become easier to study CBD and non-psychoactive cannabinoids. The early discoveries by cannabis pioneers have provided a stable foundation where others could argue points, ask questions, and practice science. At the same time, there were many people sharing their medical cannabis stories for physical and mental ailments, and cannabis plants started to become a little less terrifying. The scientists that laid the groundwork behind the medical marijuana movement and the endocannabinoid system also paved the way for the production of legal cannabinoids in hemp.

Even though hemp cultivation is worldwide, up until 2014 there wasn’t much of an effort to cultivate hemp for high CBD.  Most of Europe never outlawed the cultivation of hemp and in the 1990s Canada legalized the production of hemp, but neither region cultivated hemp for flower until just recently.

Astonishingly, up until mid-2010s virtually all hemp cultivation across the world and throughout history had been for fibers and seeds as opposed to high CBD levels. Up until mid-2010s there was zero demand for CBD and no major effort to breed high CBD strains of hemp. Growing hemp flowers for high CBD is similar to growing marijuana for high THC and only females are cultivated. – For more information on growing check out our Hemp Cultivation: Beginner’s Guide.

In Canada hemp seeds have been the major driver in the development of the hemp industry and this early demand was mostly driven by the nutritious properties of the seeds and the essential fatty acid profile of the hemp seed oil. Hemp seed oil imports into the United States from Canada have grown consistently since the 90s and hemp seed oil will commonly get confused with CBD oil from hemp flowers. Hemp oil differs from CBD oil as it typically in reference to hemp seed oil that is absent of cannabinoids or CBD. CBD oil is made up of bioactive compounds that are extracted from the flowers of the hemp or cannabis plant. – Hemp Oil VS CBD Oil: What is the Difference?

Hemp CBD provides a great natural alternative for customers and patients living in non-medical marijuana states. Hemp does not produce a psychoactive effect and is truly about the health over the high. It has quickly become one of the most popular wellness ingredients in the world, and cannabinoids have a lot of potential in the future of personal care.

With no risk of getting high, hemp-based cannabinoids have quickly become the ultimate wellness ingredient. At Cleen Tech we seek to offer cannabinoid-based ingredients using the most sustainable methods possible. Contact us today.