Is CBD or CBG Better for Anxiety? 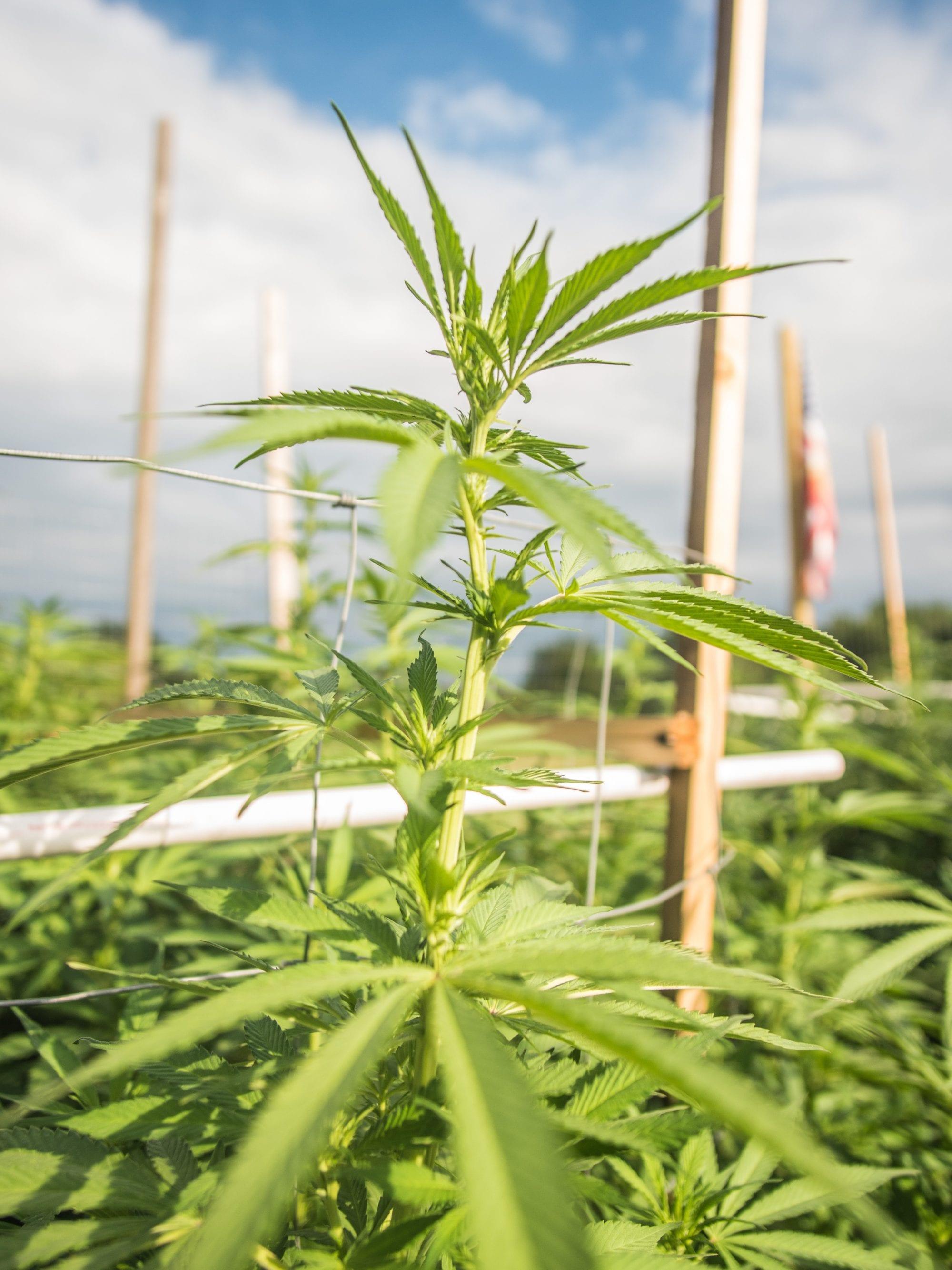 It’s actually a trick question, they’re both better together! CBD and CBG have both been found to reduce anxiety and current research suggests that they work via different molecular pathways. Some of the latest anxiety research has suggested cannabinoids’ ability to stimulate neurogenesis or the production of new brain cells can improve anxiety disorders.

Anxiety and stress-related mental disorders are the top reasons people are turning to non-psychoactive cannabinoids like CBD and CBG. Anxiety is necessary for human survival, but too much anxiety can create chronic inflammation, racing heart, and extreme sweating. The problem with today’s world is that many of us are fearful and anxiety-ridden when there is no real threat. The perceived fears cause our body to constantly react like there is immediate danger and this causes a wide variety of mental and physical problems.

Life’s a challenge and we must learn to deal with the stressful situations that we are thrown and use our knowledge of stress and the endocannabinoid system to our advantage. When the world constantly feels like it’s falling apart you know it’s time to start paying attention to your endocannabinoid system and the power of positive thinking.

Patients who deal with chronic anxiety will typically know the specific reasons for their anxiety, but it takes tremendous strength, awareness, and understanding to manage it. This is the reason why many anxiety-suffers get angry or embarrassed when someone tells them to stop being so stressed. This is true for the full spectrum of anxiety disorders including obsessive-compulsive disorder (OCD) and post-traumatic stress disorder (PTSD). PTSD is most commonly associated with traumatic events in combat, but it also occurs in civilian life in the form of violence and sexual abuse. During the early medical marijuana movement, PTSD relief was one of the most cited reasons for legalizing medical marijuana and PTSD become one of the most studied mental conditions. PTSD patients have to deal with a tremendous amount of anxiety and CBD and an increase in AEA production via CBG provides a tremendous amount of non-psychoactive relief.

We’re being told to accept new norms, but the new norms have created new stressors. Due to COVID lockdowns, we have seen a rise in smoking, drinking, and suicides due to mental health breakdowns. We live in trying times and during these rough patches, we must learn to be cognizant of our mental health. Many people are developing ‘anticipatory anxiety’ as opposed to just getting anxiety in stressful situations. The rise in anticipatory anxiety means that many of us are spending time being worried and fearful of things that aren’t even occurring in real life. On a biological level, this anxiety causes our nervous system to overproduce adrenaline which creates the start of a panic attack. Simply thinking about negative outcomes and what-if situations is causing a tremendous amount of anxiety across the United States and cannabinoids like CBD and CBG are here to help.

Norepinephrine, serotonin, cortisol, and gamma-aminobutyric acid (GABA) are the most important neurotransmitters and hormones that are involved with anxiety, and cannabinoids play a role in keeping chemicals in balance. These chemicals are already the targets of the top anti-anxiety and anti-depression therapeutics in the world and cannabinoids may offer better solutions. The rest of this article will dive into the key chemicals involved with anxiety and how cannabinoids and the endocannabinoid system plays a role.

One of the most common chemicals that is associated with anxiety is Serotonin and some of the top anti-anxiety therapeutics focus on this neurotransmitter. Serotonin reuptake inhibitors (SSRIs) are by far the most popular form of anti-depressant to target anxiety symptoms and cannabinoid therapeutics work in a similar fashion. Serotonin is also a target for depression and sleep disorders. Serotonin receptors play an essential role in mood, anxiety, sleep, and pain.

CBD has been found to bind to 5-HT serotonin-receptors and CBDa showed 100x more affinity to this receptor than CBD. When CBD or CBDa binds to serotonin receptor 5-HT it creates an anti-depressant effect. Researchers also believe that CBD and other cannabinoids play a role in the full array of serotonin receptors, but further research needs to be done.

CBG on the other hand has been found to ease anxiety by blocking the serotonin 5-HT1A receptor. Serotonin has a major role in anxiety and One of the areas that both CBD and CBG that can work together is serotonin and serotonin receptors. There are a wide variety of serotonin receptors at play and we need further research in this area.

Besides serotonin GABA is one of the overactive neurotransmitters that can cause anxiety symptoms. Studies have suggested that CBG provides anti-anxiety properties by inhibiting the uptake of GABA. This leads to a feeling of relaxation and the release of built-up tensions. Many patients report feeling calm and at peace. GABA uptake inhibitors have been a target for many pharmaceutical products. GABA inhibitors lead to an increase of extracellular concentrations and an increase in GABAergic neurotransmission.

On a chemical level, stress and anxiety can largely be contributed to an increase of cortisol in the gut and brain that inhibits the proper functioning of the prefrontal cortex. Impairment of the prefrontal cortex will typically trigger excessive drinking, smoking, drug use, and shopping to fill up free time. Cortisol is a hormone that is necessary to survive, but the problems occur when cortisol is being overproduced. Chronic cortisol production leads to mental disorders, anxiety, and stress. If cortisol levels are chronically high for long periods of time it can even wreck our immune system and increase our chances of developing cancer. CBD works to relieve anxiety by reducing cortisol and studies have also found that CBD can reduce the hormones epinephrine and norepinephrine.

When excessive cortisol is produced in our bodies it sets the stage for panic attacks and a racing mind. We begin thinking about worst-case scenarios like what if I get fired from my job? What if my boyfriend leaves me? How horrible is Monday morning going to be? How will I ever have enough time to do all these errands? These thoughts and mental struggles eventually transcend from our conscious mind to the unconscious. Cannabinoids fight back against cortisol and anxiety by minimizing the disaster anticipation that occurs in many of our minds.

To date, there have been very few studies that have linked CBG to reducing anxiety, but what we do know for certain is that a boost in anandamide (AEA) production is associated with a boost in mood. Anandamide is actually Sanskrit for bliss molecule. Since studies have already concluded that CBG can increase the production of AEA we can say that CBG indirectly enhances or mental health by boost AEA. Researchers have also proposed the theory of Clinical Endocannabinoid Deficiency (CECD) where a lack of endocannabinoids or lack of cannabinoid receptors leads to anxiety and depression. AEA has an affinity to bind with CB1 receptors which typically leads to a boost in mood. CBD has also been shown to boost AEA production.

COX-2 inhibitors have been reported to reduce symptoms that are associated with anxiety and stress and both CBD  and the endocannabinoid AEA have been found to inhibit COX-2. COX-2 inhibition has a wide range of health benefits that transcend our mental and physical health. These include anti-inflammatory, anti-cancer, and anti-anxiety. Studies have reported that both CBD and CBDa inhibit COX-1 and COX-2 directly and CBG’s ability to increase the production of AEA allows it to indirectly inhibit COX-2.

Anxiety, Stress and Your Skin

One of the worst symptoms of anxiety and stress is that it shows up immediately on our skin. Our skin is the largest organ we have and in many ways, it is like the canary in the coal mine when it comes to our mental and physical health. If you start to see inflammation or changes in your skin there is a good chance there are some underlying conditions that are happening internally. For this reason, we need to pay close attention to our skin and recognize the close connection between our skin, brain, gut, and overall mental health. The future of optimizing our mental and physical health will lay in target our gut-skin-brain axis and no other compounds can target this axis like cannabinoids.

CBG and CBD both provide anxiety relief, but they do so in slightly different pathways. It is important to remember that CBD and CBG aren’t magic bullets. If you truly want to get serious about optimizing your mental health you need to be committed to lifestyle decisions that build you up and not break you down. When unknown outcomes are presented to you it is best to channel all negative energy into positive thinking. Positive thinking will allow you to will positive results into reality and this is something cannabinoids can’t make up for.

Cannabinoids are already the cornerstone of many people’s wellness routine and we are just scratching the surface when it comes to understanding the endocannabinoid system impacts our mental health.